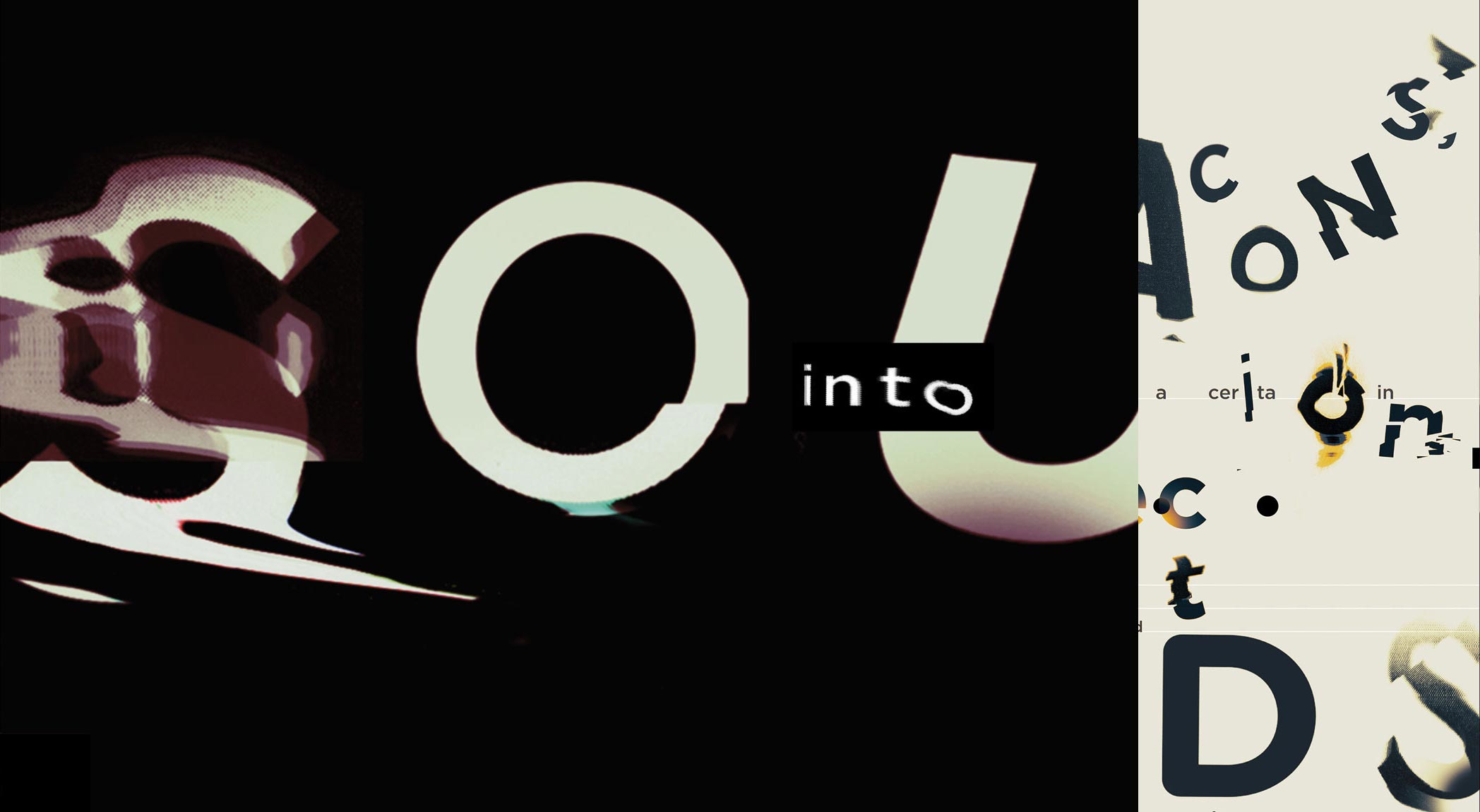 A series of eight 4′ x 6′ posters created for The New School’s “Force of New” campaign. The wild postings were installed throughout Manhattan during the fall and winter of 2015. A micro website, animated ads, environmental graphics, and commercial products were also created around this visual system.
Both the wild postings and web ads were intended to stand out against the usual visual landscape, playing off the traditional form of wheat-paste posters. In the case of the web ads, an unusual typographic approach drove over four times the usual amount of traffic to the university site than had been expected.
The poster campaign won the the 2016 STA100 competition for the best 100 pieces of graphic design. More information is here 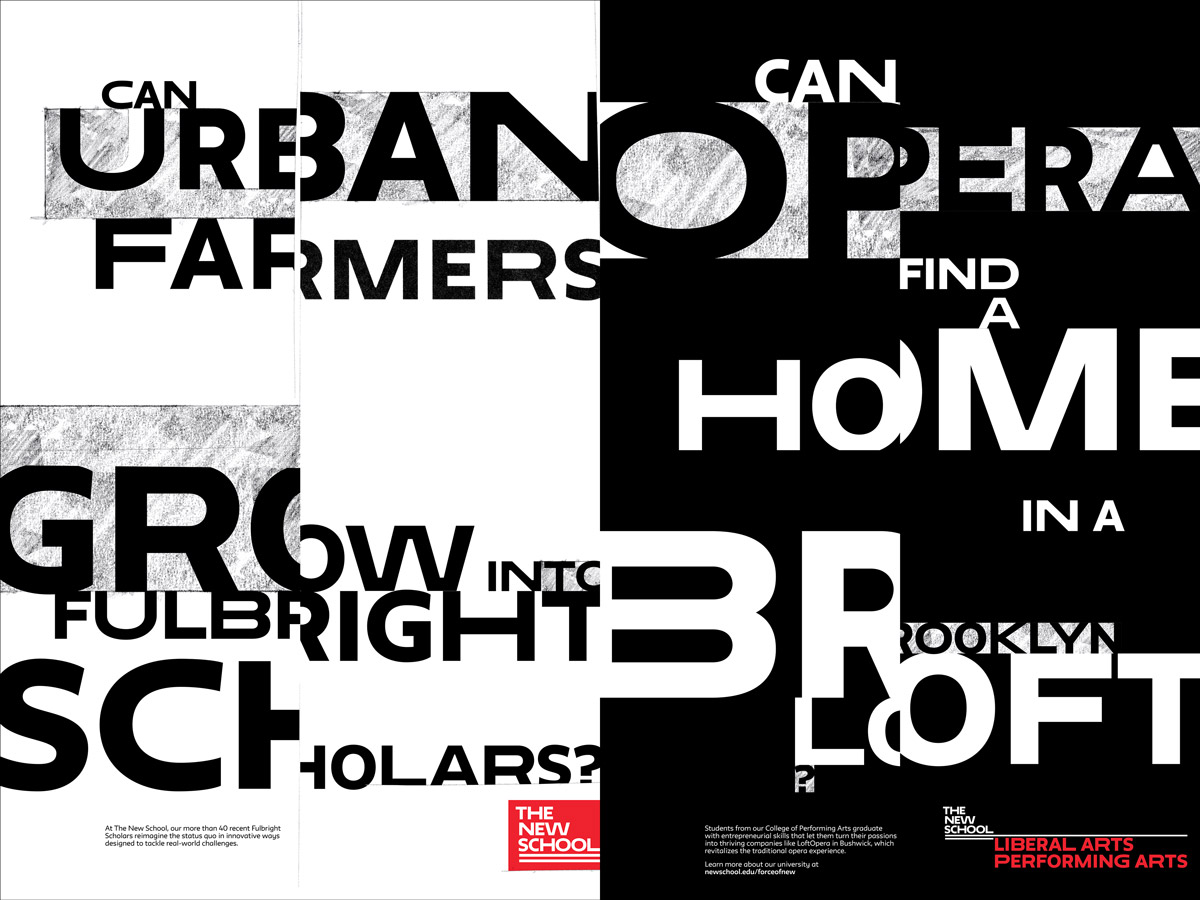 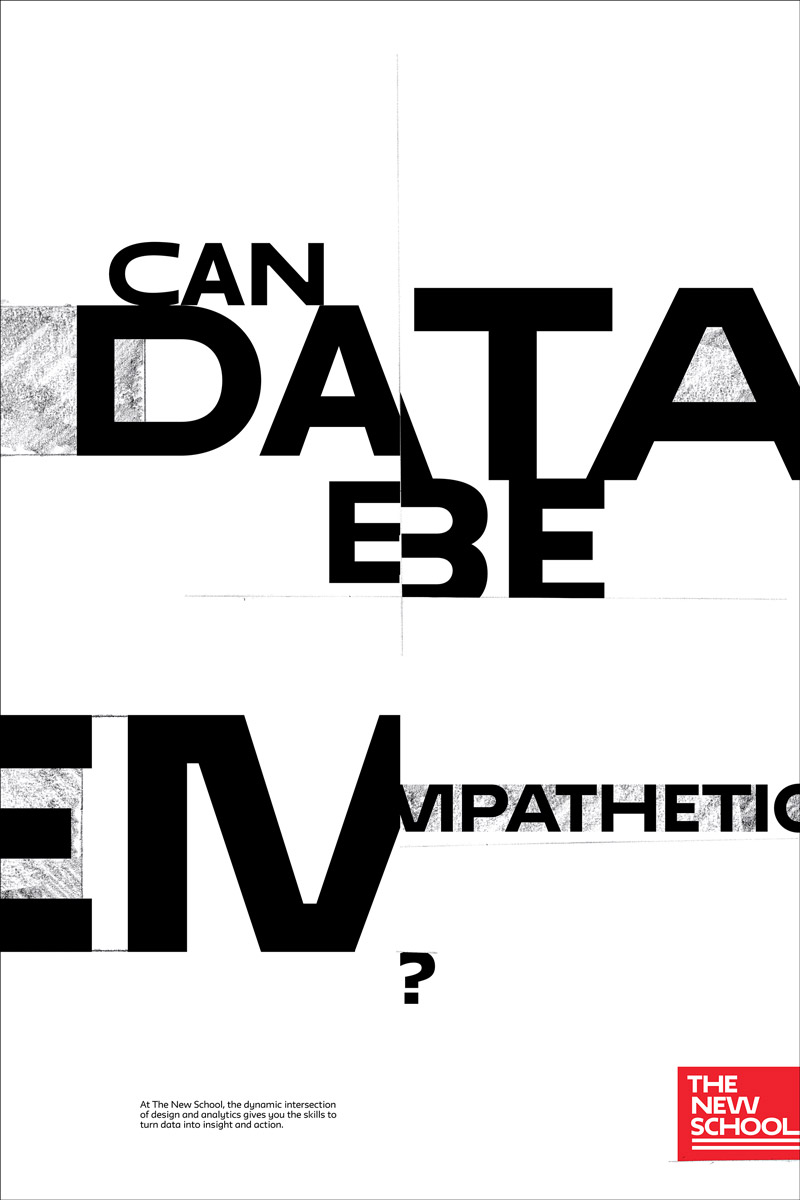 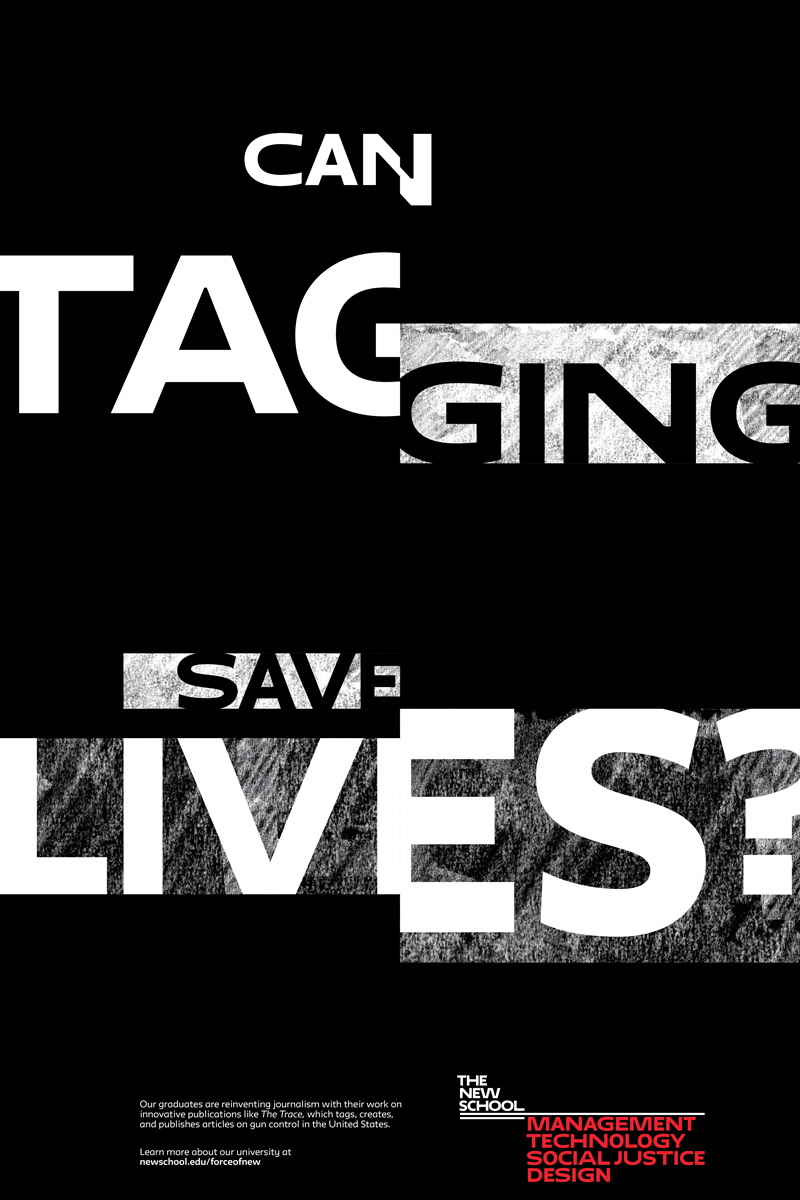 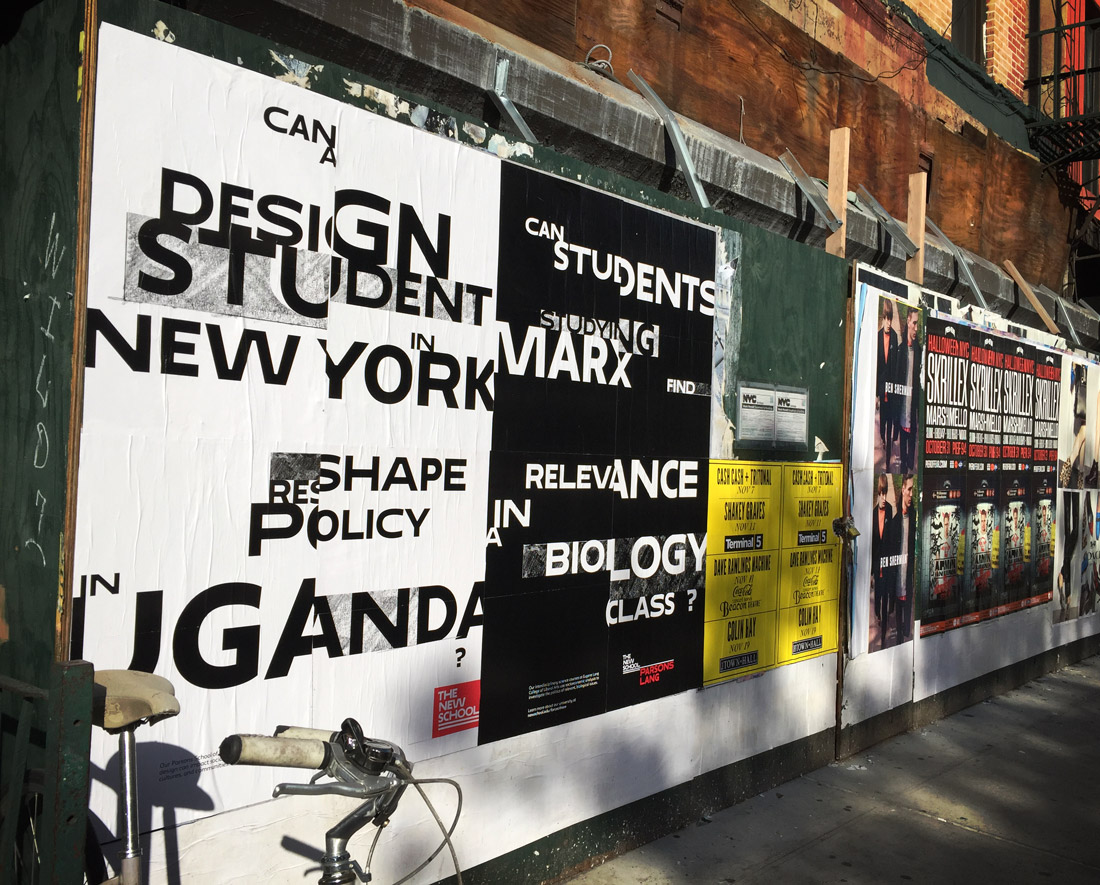 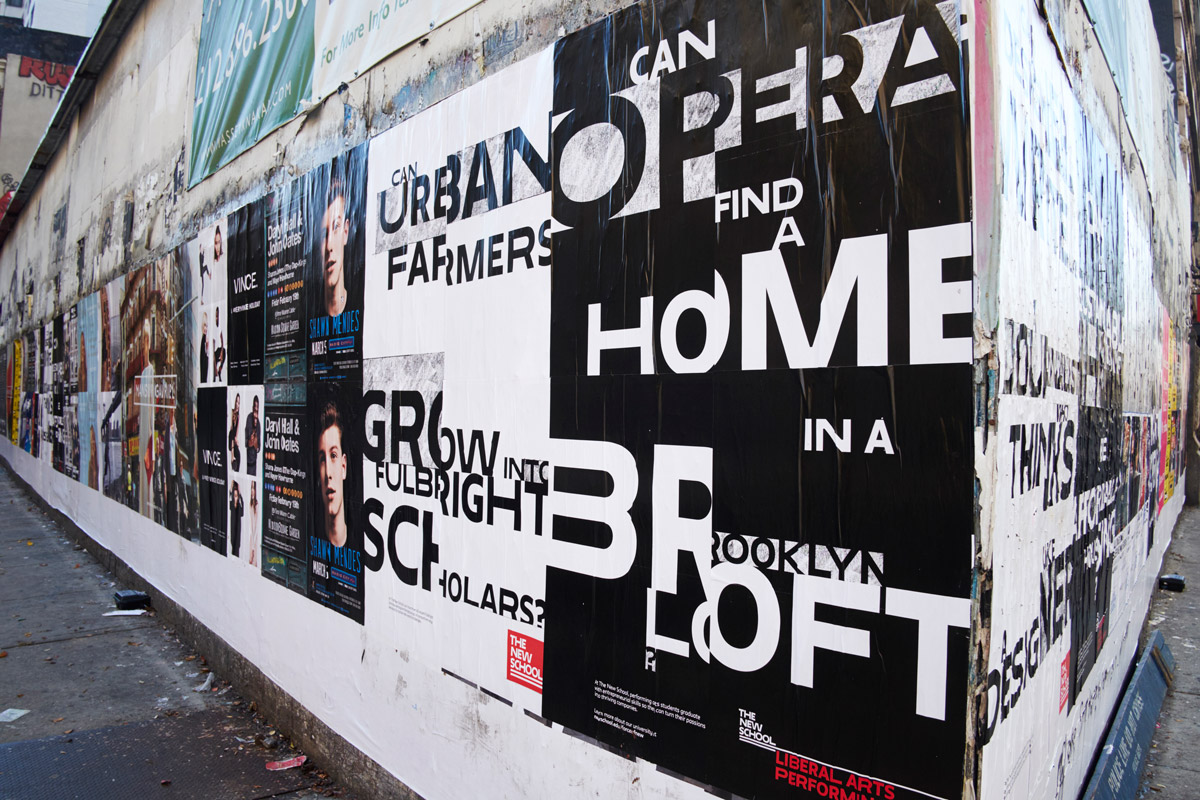