A project done in conjunction with the San Francisco-based firm Stamen, this map was a response to moving back to Brooklyn. I was amazed that my new neighborhood had virtually no affordable grocery stores—having been pushed out by rising real-estate value—and that residents instead relied on bodegas for their day to day needs. I decided to plot the vast majority of supermarkets in Brooklyn and found that the data indicated very little access to affordable food in both the highest and lowest income areas. As New York is a mostly pedestrian city, the glow around each dots indicates the likelihood of someone walking to that market. 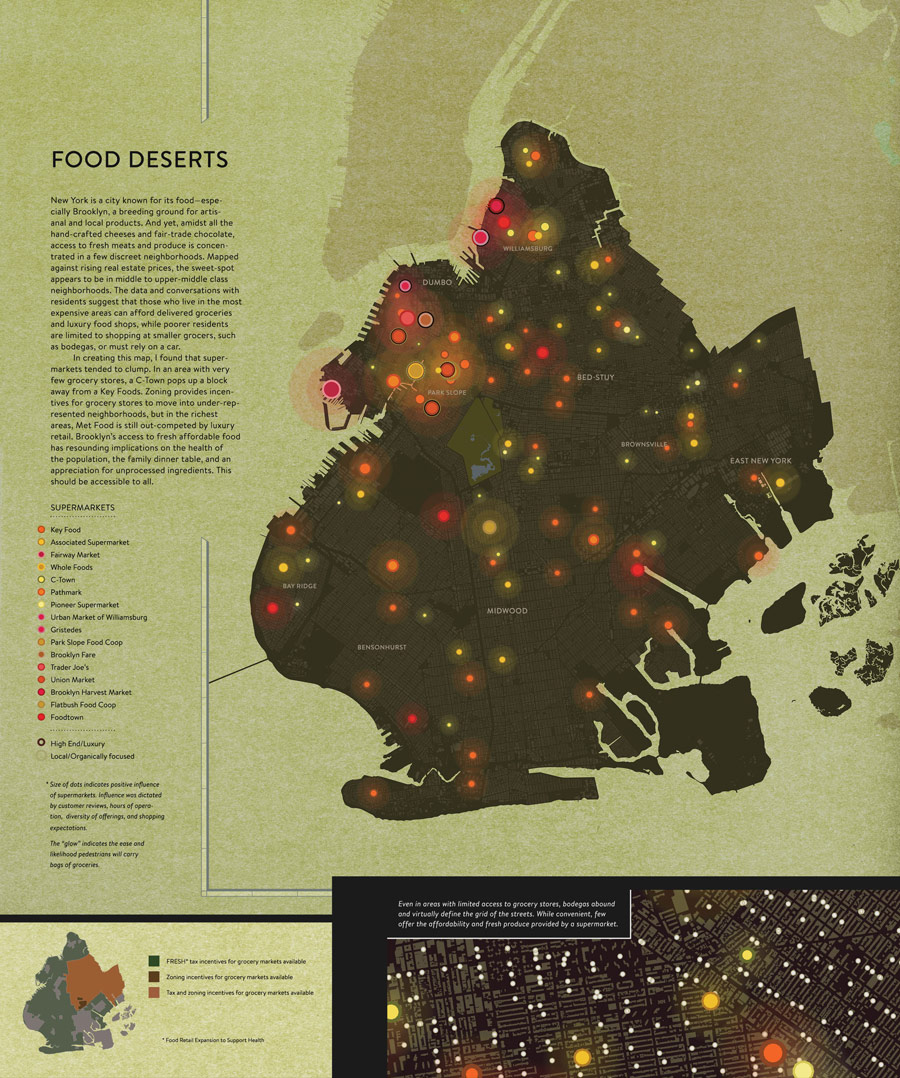 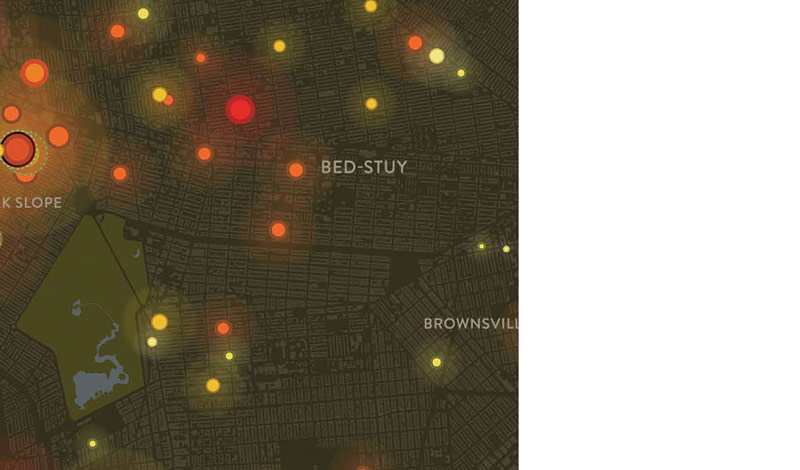